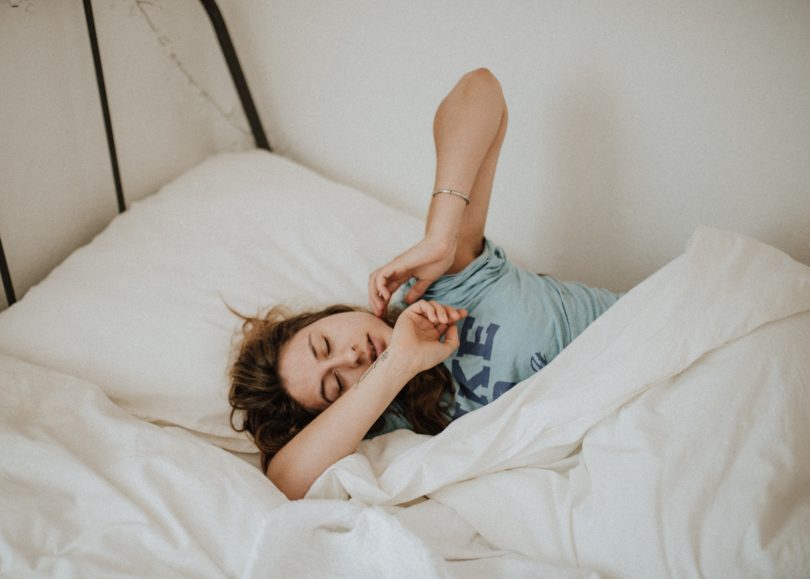 Why Sleep is Vital for Mental Health in Teens

New research has found that chronic sleep deprivation (caused by going to bed late and waking up early to get to school or work on time) poses a serious problem for the mental health of teens. Indeed, even a short period of sleep restriction can raise their risk of developing depression and substance abuse issues. In this post, we highlight the causes and effects of sleep deprivation, suggesting natural ways to ensure teens get their required eight to nine hours of sleep nightly.

The above-mentioned study (by P Franzen, E Forbes et al, December, 2017) involved 35 participants aged 11.5 to 15, half of which slept only four hours per night for two nights straight in a sleep lab, while the other group slept for 10 hours (the experiment was repeated a week later, with groups swapping sleep hours the second time around).

After resting, participants underwent brain scans while playing games for monetary rewards. They also answered questions that tested their emotional functioning and measured symptoms of depression.

The researchers found that sleeping for less than the required number of hours negatively affects the putamen – a part of the brain involved in reward learning and goal based activities. Numerous studies have shown that depression is linked to lower activity in the brain’s reward system, affecting mood and putting tweens and teens at an increased risk of addiction and depression.

Moreover, sleep is vital for increasing levels of HGH (Human Growth Hormone – a hormone produced by the pituitary gland that plays a wide range of roles in the body, including cell repair, metabolism, and recovery from injuries). The body releases most HGH while we are sleeping, so teens who are missing out on vital zzzs because they are staying up late, hooked to social media or the Internet, are putting their physical as well as their mental health at risk.

How to Encourage Better Sleep in Teens

There are many ways that parents can help teens obtain a better night’s sleep in a natural manner.

Most parents worry that their children aren’t getting enough sleep because of the effect deprivation can have on mood and academic performance. With studies indicating that sleeping fewer hours than required can affect our brain’s reward system, however, it is easy to see that sleep deprivation can have far-reaching effects on teens’ mental health. It is therefore worthwhile for parents to consider adopting new routines, changing rules regarding the use of technology, and encouraging their children to get tired in the best way possible: through exercise, which will also help youths stay fit and within their ideal weight.

“I just wish I could go to sleep until I was eighteen. And skip all this crap, high school and everything. Just skip it..” This clip explains why that’s not a great idea (it’s funny too).